The most up to date Multiple Listing Service® (MLS®) data from the Fraser Valley Real Estate Board (FVREB) indicates COVID-19 has put the market on pause, as REALTORS® and the public adhere to health authority rules and government guidelines on the pandemic. By the end of March, the FVREB processed a total of 1,441 sales on its MLS®, a 7 per cent increase compared to sales in February 2020, and an 18 per cent increase compared to the 1,221 sales in March 2019. During the first seven business days of the month, property sales were tracking 60 per cent higher compared to the same period in March of last year, however finished significantly lower. 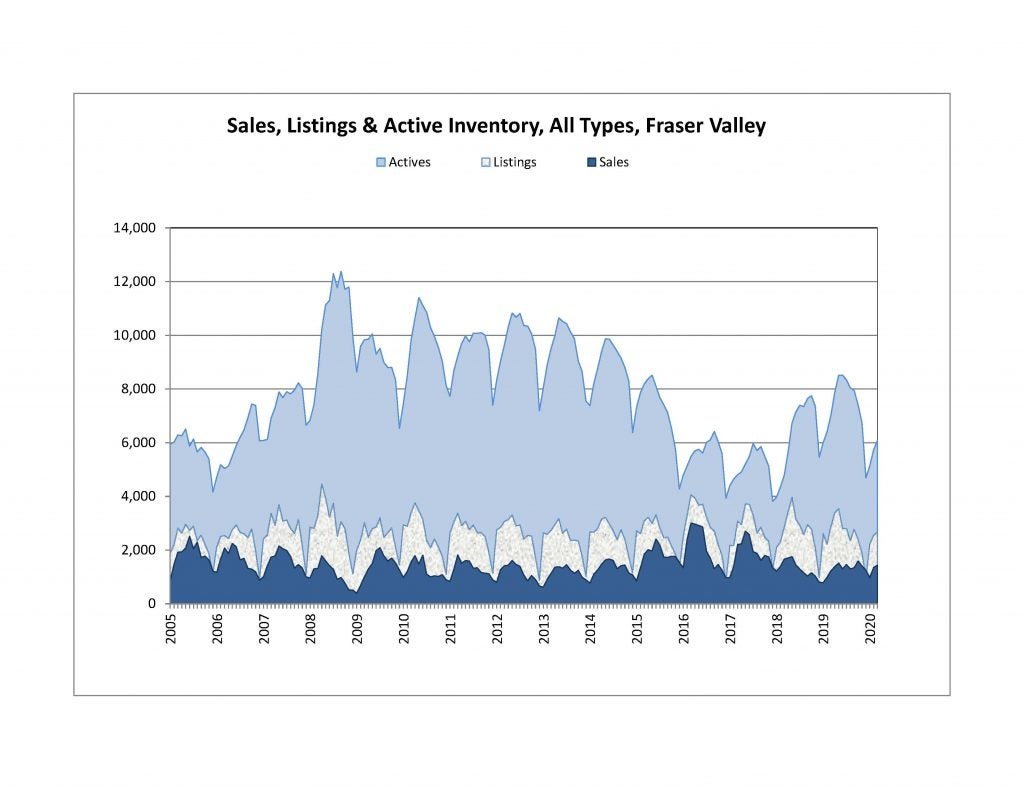 “We are grateful that the BC government has designated real estate an essential service, and accordingly, our industry has implemented numerous measures to mitigate and manage risk. We have suspended open houses, restricted showings, pivoted to using technology as much as possible, and are urging Realtors in the middle of completing transactions with their clients to do so electronically.” The Board received 2,666 new listings in March, a 4 per cent increase compared to February’s intake of 2,557 new listings. In the lead up to March 10, new listings were tracking 3 per cent higher compared to the same period last year.  By month end, new listings finished 7 per cent lower compared to March of last year taking the number of active listings to 6,083, an increase of 6 per cent compared to February’s inventory and a decrease of 13 per cent year-over-year. Shields adds, “A Realtor’s duty is to protect our clients. Now, as a society, we all have a duty. We are urging consumers to follow all recommended health and government guidelines and are committed to doing our part for as long as necessary.” In March, the average number of days to sell an apartment was 27; 28 for townhomes and 38 for single family detached. MLS® HPI Benchmark Price Activity: Source: NewsReal FVREB